If you are considering the various options in limited company registration, among those that are highly beneficial is using a nominee shareholder service. The nominee holder will hold the new private company’s shares in name only and will never have any direct involvement in the firm or say in how it should be run. One of the benefits of using nominee shareholders is the high level of protection it affords the owners of a new company limited by shares.

Is it legal to appoint a nominee shareholder upon a new company registration?

Yes, it’s legal. When registering a limited company you have the right to appoint a nominee to take on the roles of shareholder, director or company secretary. When a private company is registered there are a number of compliance or statutory requirements which have to be met and certain documentation filed that becomes available for public viewing, for example, on ACRA sources.
A nominee shareholder does not fulfil any role within the organisation and is not the actual owner of any shares. A nominee shareholder can be an individual or a company; they will have to sign a declaration of trust before being added to the share certificate or any company documentation. This means that they agree not to benefit from any shares held and the interests of the beneficiary owner are protected.
In the declaration of trust, you would typically secure promises from the nominee to act only on your instructions, to promptly transfer the shares to you on your request, and to account to you all the rights and benefits in the shares.
To ensure that the shares are transferred to you even if the nominee refuses or cannot arrange for the share transfer, you may obtain a signed but un-dated share transfer form in favour of you. You may also wish to keep the share certificate with you (if the company in question is a private limited company).
Nominee shareholders have no access to the company’s bank account, cannot sign cheques or make payments and have no legal right to handle any of the company’s assets. The actual owner of the shares still benefits from their ownership and receives their dividends as normal.

Needs of appointing a Nominee Shareholder

People appoint nominee shareholders for two main reasons. The first is to satisfy personal and commercial requirements to remain anonymous, for whatever reason they would like to keep their name and personal details off any public documentation or records.
It may be that the shareholder or owner of the company limited by shares likes to keep records of his investments private, alternatively they simply don’t want their name and address to appear on records that are viewable by the public from ACRA sources.
The reasons are varied but appointing a nominee shareholder will ensure that the beneficiary owner’s name is not recorded with public records but privately with the Register of Registrable Controllers.. 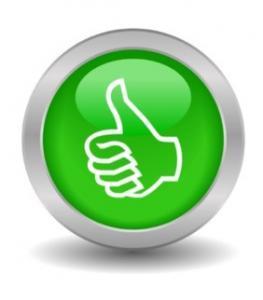 Differences between a Nominee Shareholder and a Beneficiary Owner 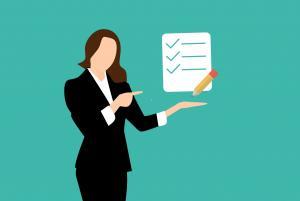 Documents related to appointing the services of a Nominee Shareholder

Although the nominee shareholder is officially registered as the holder of the shares, the beneficial (or actual) owner is able to maintain background possession through the use of a declaration of trust and a nominee shareholder agreement.
A declaration of trust is a private contract which is created to state that the entrusted nominee is merely holding the shares on behalf of the beneficial owner. Declarations of trust are often fairly basic documents in which the custody of shares is acknowledged by the nominee and the basic trust provisions are stated but they do provide protection to the genuine owner. The genuine owner of the shares must be the possessor of this document (or have it securely stored) in order to easily retain ownership of them.
A nominee shareholder agreement is often used interchangeably with the declaration of trust but they can be separate documents. The shareholder agreement will often be more detailed than a simple declaration of trust and will set out specific rules that ensure the nominee will not have complete control over the shares he/she is publicly associated with.
Holding this document will also allow the genuine owner sole control over the sale or division of the shares if they decide to regain control.

Responsibilities and duties of a Nominee Shareholder

Any incorporated entity in Singapore requires an appointed director and an appointed shareholder. However, for limited company owners who want their involvement in the organisation to remain confidential, it is possible to appoint nominee shareholders.
Nominee shareholders perform no executive functions other than officially resigning upon the completion of the company registration process.
This may be done because the real owner may already have business relationships with potential competitors, or because a person’s involvement may harm the commercial prospects of the new private company.
At ACHI BIZ, we can appoint nominee shareholders if you want to remain anonymous in your new company limited by shares. Your nominee shareholder’s name will appear on the records held at ACRA, meaning your name is in no way associated with the organisation you will own.
The nominee shareholder generally has no other responsibilities other than to act as an official director, if appointed so. However, in the eyes of the law, the nominee director is accountable for the actions and any illegal activity committed by the organisation unless arrangements have been made to the contrary.
However, the company is required to prepare and maintain the Register of Registrable Controllers where the ultimate beneficial owner’s details will be recorded as per the regulator ACRA’s requirements. You will also be issued with a undated share transfer form, which allows you to transfer the shares whenever you want to.

Please refer to SERVICES if you wish to proceed or CONTACT us for more information.