Hong Kong was once a colony of Great Britain and was occupied by Japan for part of its history. Hong Kong became a colony of the British Empire after Qing Empire ceded Hong Kong Island at the end of the First Opium War in 1842.

The transfer of sovereignty over Hong Kong, commonly known as the handover of Hong Kong (or simply the Handover, also the Return in mainland China and Hong Kong), occurred at midnight at the start of 01-July-1997, when the United Kingdom (U.K) ended administration for the colony of Hong Kong and returned its control of the territory to China.

This event ended 156 years of British colonial rule in Hong Kong. The territory was Britain’s last substantial overseas possession. With a population of about 6.5 million in 1997, Hong Kong constituted 97% of the total population of all British Dependent Territories at the time. The retro-cession is considered by some to definitively mark the end of the British Empire.

After being influences by the effects of years of colonization by the British, it was accepted that Hong Kong, would operate as an independent judiciary after the island was handed back to China. Adopting Deng Xiaoping’s principle of “One country, two systems” Hong Kong along with Macau and Taiwan would have economic and political systems that are different from China proper. As such the legal system is modelled on English Common Law and the political system is administered according to its own constitution as laid out in the Basic Law of Hong Kong. Hong Kong is highly autonomous as one of two Special Admin Regions, but its sovereignty is derived from PR China.

Hong Kong became a special administrative region and continues to maintain governing and economic systems separate from those of mainland China.

Hong Kong is actually what is called a Special Administrative Region (SAR) of China. By all official accounts, Hong Kong is a part of China.

HK is one of the world’s most densely populated areas. Its large population of just over 7M is made up mostly of ethnic Chinese, interspersed with other ethnic minorities. Religious freedom in Hong Kong has led to an explosion of diverse religions including Buddhism, Taoism, Roman Catholicism, Baha’i, Judaism, Sikh, Muslim and traditional rituals.

Hong Kong is a where east meets west, a catch phrase signifying a melting pot society that reflects many years of British occupation and the authentic and traditional culture and practices of the Chinese. The fascinating island draws hundreds of thousands of visitors each year, who speak highly of the culinary experiences and the vibrant and thriving nightlife of Hong Kong. In fact, many top culinary writers call HK the culinary capital of Asia. That might be expected with an estimated 12,000 restaurants in Hong Kong only.

Hong Kong is also well known for its diverse array of accommodations, and more famous for its exclusive and luxury Hong Kong hotels. There are Hong Kong hotels to suit any and every budget in Hong Kong.

The chain of success began in the 1950’s, when foreign corporations chose to relocate to Hong Kong accessing cheap labour, and a workforce skilled in manufacturing and technical services. The textile market was especially successful driving the rapid industrialization process for Hong Kong. Foreign investment began to pour in and the development of special economic zone established Hong Kong as the main source of foreign investment to China. Hong Kong is the largest centre for re-exported goods.

Hong Kong is one of the world’s leading international financial centres. It is a major capitalist service- oriented economy that features low taxation and free trade. The corporate ambiance of Hong Kong appeals to investors, international companies and international banks, and businesses that benefit from the vibrant, and thriving, economy, a skilled and professional service oriented workforce and tax incentives.

Hong Kong has a superb infrastructure, which meets its population’s needs and contributes to the efficiency and growth of the economy. Hong Kong has an advanced land, sea, and air transport and communications system, including paved roads.

The multi-award winning Hong Kong International Airport is the world’s busiest cargo gateway and one of the busiest passenger airports. Getting between the city and the airport only takes 23 minutes via the Airport Express and in-town check-in is available for those seeking maximum convenience.

Hong Kong is one of the easiest cities to travel around thanks to its abundance of low-cost public transport options. With one of the world’s most reliable and efficient transport systems, commuters can choose from buses, ferries, taxis, trains and trams to reach their destination. Whether meeting clients or travelling to work, Hong Kong’s transport system has created a truly connected city that businesses can benefit from.

Businesses can enjoy reliable and secure communications throughout the territory. With the city having made great investments in its broadband and fibre-optic infrastructure, everyone is able to reap the benefits of a reliable, high-speed internet connection.

Hong Kong has long been one of the world’s leading sea and air cargo hubs. Advanced port and air cargo facilities has ensured Hong Kong’s place as one of the largest trading entities in the world whilst also servicing a large portion of cargo in and out of Mainland China.

With the recently completed Hong Kong-Zhuhai-Macao Bridge, Hong Kong will benefit from a better connection to key cities in the Pearl River Delta.

Hong Kong’s infrastructure is constantly expanding to enhance its attractiveness as one of the world’s most convenient and capable cities for MICE events. The Hong Kong–Zhuhai–Macao bridge makes the nearby cities accessible by road in just 30 minutes, fostering a fast flow of people and cargoes between Hong Kong and some of the Mainland China’s wealthiest consumer markets.

The economy of Hong Kong is a highly developed free-market economy characterised by low taxation, almost free port trade and well-established international financial market. Its currency, called the Hong Kong dollar, is legally issued by three major international commercial banks, and is pegged to the US dollar.

With its ideal location in fast-growing Asia and riding on the opportunities brought by the Mainland economy, the Hong Kong Special Administrative Region has developed into an international business, trade and financial hub, as well as a renowned tourist city, providing high value-added and knowledge-intensive services to the globalised world. Hong Kong also serves as the gateway to the Mainland for overseas investors as well as a platform for Mainland enterprises to go global.

Being a small open economy, Hong Kong has many areas of strength – level playing field for businesses, simple and low tax regime, free flow of capital and information, highly efficient markets, world-class infrastructure, a fine tradition of the rule of law, etc., all being the cornerstones of our economic success. Meanwhile, our unique position under “one country, two systems” will continue to create enormous development potential for the Hong Kong economy.

Hong Kong has a common law system, whereas the PRC has a civil law system with socialist roots. Only a small number of PRC laws apply in Hong Kong by virtue of stipulations in Article 18 and Annex III of the Basic Law.

The Hong Kong Basic Law ensured that Hong Kong will retain its capitalist economic system and own currency (the Hong Kong Dollar), legal system, legislative system, and people’s rights and freedom for fifty years, as a special administrative region (SAR) of China for 50 years.

The Hong Kong Monetary Authority (HKMA) is Hong Kong’s central banking institution. It was established on 1 April 1993 by merging the Office of the Exchange Fund and the Office of the Commissioner of Banking. The HKMA’s four main functions are:

This Ordinance provides for the statutory requirements relating to customer due diligence (CDD) and record-keeping for specified financial institutions; and the powers of the relevant authorities to supervise financial institutions’ compliance with the requirements. The Ordinance also provides a licensing regime for money service operators. Under the AMLO, the designated relevant authorities (i.e. Hong Kong Monetary Authority, Insurance Authority, Securities and Futures Commission and Customs and Excise Department) published guidelines for their respective sectors.

The Law Society of Hong Kong, the Hong Kong Institute of Certified Public Accountants, the Estate Agents Authority and the Companies Registry are the regulatory bodies for the respective sectors. In addition, the amendment Ordinance introduces a licensing regime for TCSPs requiring them to apply for a licence from the Registrar of Companies and satisfy a fit-and-proper test before they can provide trust or company services as a business in Hong Kong.

A Hong Kong offshore company is an attractive vehicle to legally minimize international taxation. Hong Kong tax regulations allow foreigners to register companies in Hong Kong which can be legally exempt from Hong Kong corporate income tax on foreign-sourced income. Such entities can be registered with a paid-up capital of only USD1 and are usually “Paper Companies”, that means businesses without any physical staff in Hong Kong.

What is a Hong Kong offshore company?

To get offshore status for your company in Hong Kong, you need to prove that your business doesn’t have any presence in Hong Kong and that you are not selling to local people or businesses in Hong Kong.

The difference between Hong Kong profits and offshore profits is made by reference to gross profits arising from individual transactions.

Here are some examples that would qualify your business for an offshore profit tax exemption:

Hong Kong taxes are among the lowest in the world. The tax system is simple and favours offshore company setup. Hong Kong tax regulations allow foreigners to register companies in Hong Kong which can be legally exempt from Hong Kong corporate income tax on foreign-sourced income.

Offshore companies do not pay a corporate tax as long as all of their income is derived outside of Hong Kong. An offshore company is not allowed to do business with locals. On the other hand, an onshore non-resident corporation currently pays a corporate tax rate of 16.5% on its profits. 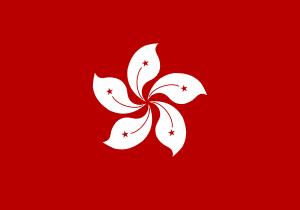 Hong Kong is a stable jurisdiction with a world-class reputation. With the flexible company structure, minimal capital/legal requirements, and fast incorporation process, Hong Kong is an offshore jurisdiction to consider, especially if your business is targeting the China market as the city benefits from better access to Renminbi than Singapore and other Asian trading hubs.

Unlike many other low tax jurisdictions, Hong Kong is usually not having the perception as tax heaven by foreign Governments and banks.

All locally registered companies are mandatorily required by the Hong Kong Government to disclose the identity of their directors and shareholders. However, nominee shareholders are legally allowed.

A company in Hong Kong needs to have a unique name and a prior company name check can be easily performed before registering the company. The company must also have a bank account opened in Hong Kong, a common seal and stamp, share register and share certificate and statutory books. Another way of starting a business in this jurisdiction is by purchasing Hong Kong shelf company which is a company that is already registered.

All Hong Kong companies are mandatorily required to submit audited financial statements to the authorities. Even for small businesses, there is no audit exemption.

All Hong Kong banks will require the mandates to be physically present for opening the local corporate bank account. There is no exception to this rule. 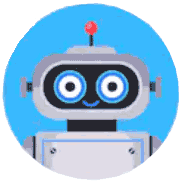