Guide For Offshore Corporate Services In The Marshall Islands 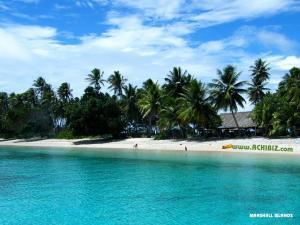 About The Republic of The Marshall Islands (RMI)

The Trust Territory of the Pacific Islands in 1979 provided independence to the Marshall Islands, whose constitution and president (Amata Kabua) were formally recognized by the US. Full sovereignty or self-government was achieved in a Compact of Free Association with the United States.

After almost four decades under US administration as the easternmost part of the UN Trust Territory of the Pacific Islands, the Marshall Islands attained independence in 1986 under a Compact of Free Association.

The inhabitants of the Marshall Islands, particularly those closest to Bikini Atoll, were exposed to high levels of radiation. The highest levels of radiation exposure were found in the areas of local fallout. The fallout produced from nuclear tests can affect the human populations internally or externally.

Citizens of the Marshall Islands can live and work in the U.S. without visas and work permits. That’s because of a 1986 law called the Compact of Free Association, or COFA.

Geological Formation: The Marshall Islands first emerged 70 million years ago when volcanic cores erupted at presently extinct hotspots south of the equator. Around 40 million years ago, while the Pacific plate continued to move in a north-westerly direction, the volcanoes began to subside.

The Marshall Islands are a sprawling chain of volcanic islands and coral atolls in the central Pacific Ocean, between Hawaii and the Philippines. In the northwest, Bikini Atoll’s largely undisturbed waters, used as a ship graveyard after World War II, are now a popular wreck dive site. Near Majuro Atoll, which holds the islands’ capital and largest settlement, the coral reef at Kalalin Pass teems with marine life.

The Marshall Islands consist of two island chains of 30 atolls and 1,152 islands, of low coral limestone and sand. Bikini and Enewetak are former US nuclear test sites; Kwajalein, the famous World War II battleground, is now used as a US missile test range.

The Marshall Islands’ nearest neighbours are Wake Island (north), Kiribati and Nauru (south), and the Federated States of Micronesia (west). Map of the Pacific Islands.

Perhaps because the country’s limited roadways are scattered widely across the many islands, there are no measurements of roadway length on the Marshall Islands. The main settlements on Majuro Atoll and Kwajalein have paved roads, and the roads in Majuro have recently been upgraded. Elsewhere there are coral surfaced roads and sandy tracks. There are no railways. The main port is at Majuro, and this is the only port that is able to receive large ocean-going vessels. A dry-dock facility was recently completed on Majuro Atoll for the islands’ fleet of 143 ships, mostly bulk and cargo carriers, petroleum tankers, and a vehicle carrier. Sixteen of the inhabited atolls and islands have airports and 4 have paved runways.

All of the Marshall Islands’ electricity is supplied by diesel generators. There is some domestic use of bottled gas, and many families use kerosene stoves or wood as cooking fuel. The water supply is erratic, and there are projects to increase water storage facilities and to construct desalinization plants.

Infrastructure in the Marshall Islands is a priority. Disaster preparedness is important for the citizens of the nation and improving infrastructures like energy production and transportation are crucial. The government has outlined comprehensive plans for reforming outdated systems and hopefully, it will continue to be diligent in the future.

The subsistence economy consists of fishing and breadfruit, banana, taro, and panda-nus cultivation. On the outer islands, production of copra and handicrafts provide cash income. The modern service-oriented economy is located in Majuro and Ebeye.

The tourism industry in Marshall Islands is developing and in addition to employing a significant number of residents also generate revenue in terms of accommodations, the sale of local crafts and products and the services sector.

Marshall Islands have very few natural resources and for decades the inhabitants have depended on fishing. The export of fish and fish product has brought in a steady income for the islands for many years. The government also sells fishing license to other nations. Farmers also grow on small farms, tomatoes, breadfruits, coconuts and melons for export.

US assistance and lease payments for the use of Kwajalein Atoll as a US military base are the mainstay of this small island country. Agricultural production, primarily subsistence, is concentrated on small farms; the most important commercial crops are coconuts and breadfruit. Industry is limited to handicrafts, tuna processing, and copra. Tourism holds some potential. The islands and atolls have few natural resources, and imports exceed exports.

Under the amended Compact, the US and Marshall Islands are also jointly funding a Trust Fund for the people of the Marshall Islands that will provide an income stream beyond 2024, when direct Compact aid ends.

The Republic of the Marshall Islands has a mixed legal system, with elements of laws from the United States and the United Kingdom, combined with local statues. Corporate and companies law are primarily modelled after Delaware and NY corporate law.

Since the Republic of Marshall Islands (RMI) uses the U.S. dollar as its currency, the central monetary authority on the island, and any restrictions in connection with the movement of funds into and out of her there. Financial System RMS is a continuation of the U.S. financial system.

The last Mutual Evaluation Report relating to the implementation of anti-money laundering and counter-terrorist financing standards in The Republic of the Marshall Islands was undertaken by the Financial Action Task Force (FATF) in 2011. According to that Evaluation, The Republic of the Marshall Islands was deemed Compliant for 5 and Largely Compliant for 16 of the FATF 40 + 9 Recommendations. It was Partially Compliant or Non-Compliant for all 6 of the Core Recommendations.

Regardless of the circumstances surrounding the creation of a business entity, the usual goal is to maximize its profitability while minimizing the risk of exposing its beneficial owners to personal liability. For this reason, the corporate law of a jurisdiction takes on paramount importance. First enacted in 1990, the RMI Associations Law is one of the most modern set of statutes in the world. The RMI Associations Law contains the Business Corporations Act (BCA), Revised Partnership Act, Limited Partnership (LP) Act, and Limited Liability Company (LLC) Act.

The Marshall Islands statutorily exempts all non-resident (i.e. offshore) companies from taxes. Any company formed through one of International Registries, Inc.’s worldwide offices is a non-resident Marshall Islands company. Thus, all foreign-owned companies and partnerships are exempt if they do not do business in the Marshall Islands. To help meet its private sector objectives, the Government offers investments in selected sectors exemptions from paying taxes and duties.

This includes all taxes including, but not limited to: 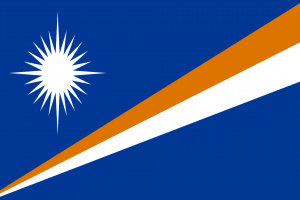 Offshore company incorporation in the Marshall Islands can be carried out with one director and one shareholder and legislation makes it possible to register the company with a single member, which means that the same person is the shareholder and director.

The Marshall Islands offshore companies are not permitted to do local business operations and are not allowed to engage in providing banking, insurance and other financial services.

The Marshall Islands offshore companies are not required to file financial statements with the local authorities.

The Marshall Islands offshore companies or non-resident companies are exempt from local taxes but registration fee and annual government fees must be paid.

The Marshall Islands’ offshore companies can be used for numbers business operations.

In the RMI, the share structure of a standard corporation is 500 registered and/or bearer shares of no par value stock or up to US$50,000 worth of par value stock. Par value may be denominated in any currency.