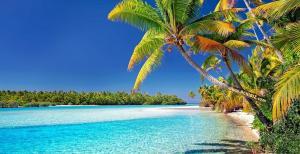 Guide For Offshore Corporate Services In The Cook Islands

About The Cook Islands

The Cook Islands are located in the South Pacific, northeast of New Zealand and between American Samoa and French Polynesia.
There are a total of fifteen islands split into the more populated Southern Cook Islands formed by volcanic activity and the Northern Cook Islands which compromise of mainly coral atolls, which are scattered over 770,000 square miles of ocean.
A former British protectorate which became self-governing in 1965, the territory is now in free association with New Zealand. The 15 volcanic islands and coral atolls of the Cook Islands are scattered over 770,000 square miles of the South Pacific, between American Samoa to the west and French Polynesia to the east. Soon after landing in Rarotonga you can be kayaking on the crystal-clear lagoon, sipping on your first cocktail or relaxing poolside at your beautiful resort. Times are changing in this formerly overlooked paradise as tourists discover the food, snorkelling and distinct culture.
Fifteen droplets of land cast across 2 million square km of wild Pacific blue, the Cook Islands are simultaneously remote and accessible, modern and traditional. But beyond the island’s tourist buzz and contemporary appearance is a robust culture, firmly anchored by traditional Polynesian values and steeped in oral history.
Named after Captain Cook, who explored them in 1773, the islands were once autonomous, home to tribes of mixed Polynesian ancestry. Governments still seek advice on matters of culture, custom and land ownership from a council of hereditary leaders known as the House of Ariki.
More than twice as many native Cook Islanders live in New Zealand than live in the islands themselves. Most of them have left in search of a brighter economic future. As New Zealand citizens they can also live in Australia. Cook Islanders are entitled to New Zealand citizenship, which has led many people to migrate to look for better economic opportunities. Although the government has encouraged islanders to return, often giving individuals privileges, it has had little effect and local population has continued to fall.
Culturally, the Cook Islands reflect many aspects of the South Pacific Islander culture, though with some distinct Cook Islander flavours especially within the traditional arts of woodcarving, weaving and quilt making. Similarly, Polynesian culture has had a big influence of the development of Cook Islander performing arts, with much of the music and dance originating from the Polynesian Islands.

The economy of the Cook Islands in highly influenced by the geography of the area. The islands are isolated and lack the capacity and infrastructure of more formal economic activities.
The economy of the Cook Islands is based mainly on tourism, with minor exports made up of tropical and citrus fruit. Manufacturing activities are limited to fruit-processing, clothing and handicrafts. Black pearls are the Cook Islands’ leading export.
Like many other South Pacific island nations, the Cook Islands’ economic development is hindered by the isolation of the country from foreign markets, the limited size of domestic markets, lack of natural resources, periodic devastation from natural disasters, and inadequate infrastructure. Agriculture, employing more than one-quarter of the working population, provides the economic base with major exports of copra and citrus fruit.
The encouragement of tourism, and a debt restructuring agreement, have rekindled investment and growth. The government is targeting fisheries and seabed mining as sectors for future economic growth.
In recent years the Cook Islands offshore industry has expanded significantly due to the signing of several pieces of progressive legislation.
Black pearls are the chief export. Agriculture, the sale of fishing licences to foreign fleets and offshore finance are also key revenue earners.

Cook Island law is based off of English Common Law, which was established when the Cook Islands were under British protection in 1888. The country was annexed by New Zealand in 1901 and received self-governing authority Zealand in 1965.
Pr-Self-Governance: Cook Islands were first brought under European control in 1888, when they were proclaimed a British protectorate under the administrative control of the British High Commissioner of the Western Pacific, then stationed in Fiji. In 1901 they were annexed to the British colony of New Zealand and thenceforward were subject to the law-making power of the New Zealand Parliament. However, there was no general application of New Zealand laws, only specific statutes and subsidiary legislation were applied.
Consequently, the laws of the Cook Islands before the country acquired self-governance in 1965, comprised:

Aggregates are compiled from the Banking Survey which covers the Four commercial banks in the Cook Islands: ANZ, Bank of the South Pacific (BSP), Bank of the Cook Islands (BCI) and Capital Security Bank (CSB).  The Cook Islands does not have a Central Bank and uses the NZ Dollar as its currency.
Narrow Money (M1) consist of Notes and Coins in circulation and Demand Deposits. M2 consist of narrow money (M1) and quasi money (savings, demand and term deposits), Net foreign position of the banks, Net domestic credits.

The Cook Islands is a member of the Asia/Pacific Group on Money Laundering (APG).

The Asia/Pacific Group on Money Laundering is an inter-governmental organisation, consisting of 41 member jurisdictions, focused on ensuring that its members effectively implement the international standards against money laundering, terrorist financing and proliferation financing related to weapons of mass destruction.

A Cook Islands International Company (IC) or International Business Company (IBC) as it is referred to in other jurisdictions, is an offshore entity giving individuals and corporations numerous advantages such as security and tax planning benefits.
There are three main pieces of legislation in the Cook Islands dealing with international offshore companies and services that are:

There are several other pieces of legislation that establish the rules and procedures for international investors, offshore insurance schemes, as well as the offshore banking sector, which are:

All international entities are exempt from taxation. The Cook Islands have enacted strong protective measures ensuring the confidentiality and secrecy of all international companies, bypassing foreign authorities seeking tax or financial information. A Cook Islands International Company (IC) or International Business Company (IBC) as it is referred to in other jurisdictions, is an offshore entity giving individuals and corporations numerous advantages such as security and tax planning benefits.
The Cook Islands offshore financial sector emerged in 1982 with the passing of the Cook Islands International Companies Act, which was later accompanied by an amending piece of asset protection legislation that is regarded as the most comprehensive and secure pieces of legislation in the world, firmly ensuring the assets of foreign Cook Island investors.
Over the years, the Cook Islands government has, time and time again, supported its position as an offshore financial centre, refusing to comply with foreign directives and court orders seeking to strong arm the local government and breech the impenetrable Cook Islands offshore structures.
The last few years the Cook Islands, in order to comply with new international standards by the OECD and anti-money laundering directives, have had to institute several automatic tax agreements and reporting requirements.
Companies incorporated in the Cook Islands enjoy structural flexibility and simple administrative procedures in a highly secure and confidential location. There are minimal reporting and regulating restrictions with comprehensive protective offshore laws that ensure client security.
There are no other offshore jurisdictions that can boast of such extensive asset protection measures, the Cook Islands are truly the safest place in the world.
The legislation circumvents tax requirements and gives individuals and corporations the ability of added layers of privacy and confidentiality. The Cook Islands have very strong asset protection legislation in place that prevents foreign authorities from accessing account information.
The asset security and protection are maintained via provisions that restrict seizure, expropriation or confiscation of assets by foreign authorities or creditors.
Unlike many other foreign jurisdictions, the Cook Islands generally disregard foreign court orders, and thanks to their discretionary laws makes it illegal to disclose any names of information related to Cook trusts.
The Cook Islands also offers widely used offshore formation products for their strong asset protection and security measures.

The Top Uses of a Cook Islands Offshore Company

There are no restrictions from doing business anywhere outside of the Cook Islands, except where activities are deemed as being illegal or require a license to legally conduct such business.
The only limitations are in conducting business within the Cook Islands and when such activities are in banking, insurance or real estate, which require an appropriate license.
The formation of an IC can be used for, including but not limited to: