Belize is a Caribbean country located on the north-eastern coast of Central America. Belize is bordered on the northwest by Mexico, on the east by the Caribbean Sea, and on the south and west by Guatemala.
Formerly known as British Honduras, Belize was the UK’s last colony on the American mainland and still maintains strong ties with Britain. It did not attain independence until 1981, when it became a Commonwealth realm with the British monarch as its head of state.
Belize is considered an upper-middle-income country. While no country can ever guarantee you that nothing will go wrong, Belize is generally a very safe country for visitors. The country is very rural in aspect, and even the largest municipality (Belize City) has only 70,000 inhabitants.
Belize’s jungle is home to wild cats, including jaguars and ocelots. 13. Apart from its historic archaeological sites, Belize is known for its scuba diving sites. The Blue Hole, one of the world’s most popular sinkhole, is one famous dive site here.
Many tourists hire a car for a couple of days and take off along the bumpy highways to explore inland areas and wildlife parks. Its strategic location in northern Central America makes Belize an easy two- hour flight from most U.S. destinations.

In Belize, there are 1,594 miles of roads, 303 of which are paved. All the main towns and villages are linked to the capital, Belmopan, and to Belize City. Some roads, including major sections of highway, are vulnerable to damage or closure during the rainy season.

The economy of Belize is a small, essentially private enterprise economy that is based primarily on agriculture, tourism, and services. The cultivation of newly discovered oil in the town of Spanish Lookout has presented new prospects and problems for this developing nation.
Belize’s economy is predominantly agricultural, and it is vulnerable to volatility in world commodity markets. Efforts have been made to diversify from traditional export products such as sugar and timber into bananas, citrus concentrates, seafood and fish products.

Belize is a Common Law country with Parliamentary Democracy as their form of government which happens to be based on the British model. Queen Elizabeth II is the head of state and she is represented in Belize by Governor General.
Belize has a Constitution which divided the government into three branches including the executive, the legislature, and the judiciary. Laws are made in the Legislative branch of government by its National Assembly. Belize achieved full independence on September 21, 1981 and is now a member of the British Commonwealth, the United Nations and the Non-Aligned Movement.

The Caribbean Financial Action Task Force (CFATF) has issued a public statement identifying jurisdictions with strategic AML/CFT deficiencies that pose a risk to the international financial system. CFATF, one of the FATF-Style Regional Bodies, works closely with these jurisdictions to address these deficiencies.
Under the new Money Laundering – Terrorism (Prevention) Act (MLTPA), the Central Bank of Belize was designated the Supervisory Authority for commercial banks, international banks, financial institutions and credit unions and was given the power to issue sanctions for non-compliance with certain provisions of the Act.
Belize is a member of the Carribbean Financial Action Task Force (CFATF).

A Belize IBC is a corporation formed pursuant to the stipulations of the Belize International Business Companies Act of 1990.

Belize is a tax havens that allows individuals and corporations to legally reduce their tax liabilities. Belize does not share information with international taxing authorities, providing corporations and individuals with the utmost confidentiality.
U.S. residents must still report earnings to the IRS unless their company does business solely in Belize.
One of the most important features is that a Belize IBC is a zero-tax entity and as such is free from income tax on its income. In addition, there is no estate duty or stamp duty on the transfer of shares in IBC’s by non-resident persons. IBC’s formed in Belize are exempt from any exchange controls and have limited liability. 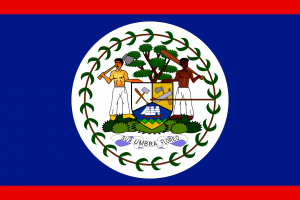 IBC’s which have been incorporated in Belize enjoy all the usual features normally associated with such companies and some additional advantages which are unique to Belize.
The current IBC legislation in Belize provides for a high degree of flexibility in the method of structuring a company and in the way that structure may be adapted to meet an organization’s changing needs. For whilst a company may begin its existence for a particular purpose, it can in most cases be utilized to deal with other types of transactions.
In addition, a Belize International Business Company can be formed and registered in approximately one hour. All that is required is to file signed copies of the memorandum and articles of association together with the relevant incorporation fee in $US with the Registrar. Once the Registrar has confirmed compliance, a certificate of incorporation will be issued and the IBC will be registered accordingly.