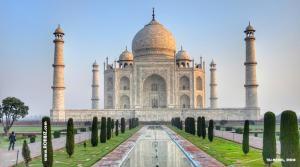 ACHI BIZ is now associated with a leading law firm at Delhi to cater the Corporate, Business, Reports, Taxation, Litigation, Intellectual Properties, etc services in India.
Our Associate has been in the legal profession for many years and well reputed law firm in India.
The corporate services are rendered from Incorporation of Companies till the de-registration along with compliance and any other legal services as required.
Those who are aspiring to set-up businesses in booming India, please contact us immediately to fulfill your ambition of becoming a shining entrepreneur or businessman in India.
This Guide will be helpful to understand the basic requirements when any of corporate services is required in India.

About Republic of India

India, officially the Republic of India, is a country in South Asia. It is the seventh-largest country by area, the second-most populous country, and the most populous democracy in the world. Its capital city, New Delhi, is located in the north central part of the country.
India is most famous for its culture where we have a myriad of cultures from all around the world coming together and falling into one place. India is famous for its unity in diversity pledge. India is famous for its spices and our cuisine is world famous, no doubt in that.
In reality, there is not any full form of India. In ancient times, India was known as Arayavart. Other names are, ‘Bharat’ and ‘Hindustan’ in Hindi. The name India is derived from the word Indus which itself derived from the old Persian word Hindu, from Sanskrit Sindhu. At the time of independence then, the names Bharat, India, Al-Hind and Hindustan coexisted to designate the Indian subcontinent.
According to consensus in modern genetics, anatomically modern humans first arrived on the Indian subcontinent from Africa between 73,000 and 55,000 years ago. However, the earliest known human remains in South Asia date to 30,000 years ago.
On June 15, 1947, the British House of Commons passed the Indian Independence Act, or Mountbatten Plan, which divided India into two dominions, India and Pakistan. It called for each dominion to be granted its independence by August 15 of that year (15-August-1947).
George VI continued to hold the title King of India for two years during the short Governor-Generalships of Lord Mountbatten and of C. Rajagopalachari until India became a republic on 26 January 1950. George VI remained as King of the United Kingdom and King of Pakistan until his death in 1952.
Portuguese explorer Vasco da Gama discovered a sea route to India in 1497-1498. Actually, an unnamed Indian navigator he hired in Kenya directed the journey from the east coast of Africa to what is now Kozhikode, India.
The Mughal Empire ruled hundreds of millions of people that was two-thirds Hindu, and the earlier spiritual teachings of the Vedic tradition remained influential in Indian values and philosophy. India became united under one rule and had very prosperous cultural and political years during the Mughal rule. There were many Muslim and Hindu kingdoms split all throughout India until the founders of the Mughal Empire came.
India is home to at least nine recognized religions. The major religions practiced in India are Hinduism, Islam, Christianity, Sikhism, Buddhism and Jainism. Zoroastrianism, Judaism and the Baha’i Faith are also practiced in India. Indian religions are a major form of world religions along with Abrahamic ones.
India country profile. India is the world’s largest democracy and, according to UN estimates, its population is expected to overtake China’s in 2028 to become the world’s most populous nation. As a rising economic powerhouse and nuclear-armed state, India has emerged as an important regional power.
The Indian rupee sign (sign: ₹; code: INR) is the currency symbol for the Indian rupee, the official currency of India. Designed by Udaya Kumar, it was presented to the public by the Government of India on 15 July 2010, following its selection through an “open” competition among Indian residents.
India is home to an extraordinary variety of climatic regions, ranging from tropical in the south to temperate and alpine in the Himalayan north, where elevated regions receive sustained winter snowfall. The nation’s climate is strongly influenced by the Himalayas and the Thar Desert.
India has been ranked the cheapest country to live in the world, according to new data. The largest nation on the subcontinent has won the top spot for cheapest living, beating its neighbours Pakistan and Nepal, a new survey of world prices has suggested.
India is most famous for its culture where we have a myriad of cultures from all around the world coming together and falling into one place. India is famous for its unity in diversity pledge.

India is a leading producer of lemons, oil seeds, bananas, mangoes and papayas, and the second-largest producer of wheat, rice, sugar cane, many vegetables, tea, cotton, and silkworms among others.
India is one of the most powerful countries in the world considering current economy, military, political and soft power. It is an economic powerhouse in the world. Indian military secured 4th in the world ranking with the GFP Power Index rating of 0.1661(0.0000 being perfect).
What exactly do you mean by “main source of Indian economy”? It is the service sector which is the main source of national income. Therefore, service sector contribute more than 50% of the GDP. But it is the agricultural sector which employs more than 50% of the population.

India maintains a hybrid legal system with a mixture of civil, common law and customary, Islamic ethics, or religious law within the legal framework inherited from the colonial era and various legislation first introduced by the British are still in effect in modified forms today. In India the central bank (common noun) is the Reserve Bank of India which has listed which are the nationalized banks in its official website. The term central bank is used to describe the institution that performs the job of a monetary authority i.e. regulating money supply, issuing currency notes and setting interest rates.
Post-independence, the Indian government adopted a planned economic development for the betterment of the country. The government of India under the leadership of the then Prime Minister Indira Gandhi issued an ordinance to nationalize 14 largest commercial banks in India with effect from July 19, 1969, under the regulatory authority of the Reserve Bank of India for the major reasons of Social Welfare, Developing Banking Habits, Expansion of Banking Sector, Controlling Private Monopolies, Reducing Regional Imbalance and Prioritizing Lending Sectors. Currently, the number of nationalised commercial banks are keep growing along with its economy.
RBI: It regulates and controls the monetary system of the country.
SEBI: Securities and Exchange Board of India (SEBI) is a statutory body that controls the Indian capital market.

India is not currently on the FATF List of Countries that have been identified as having strategic AML deficiencies.

In India one can choose from five different types of legal entities to conduct business. There are various forms of business entities in India: Office of Registrar of Companies